Rising and Falling From Grace 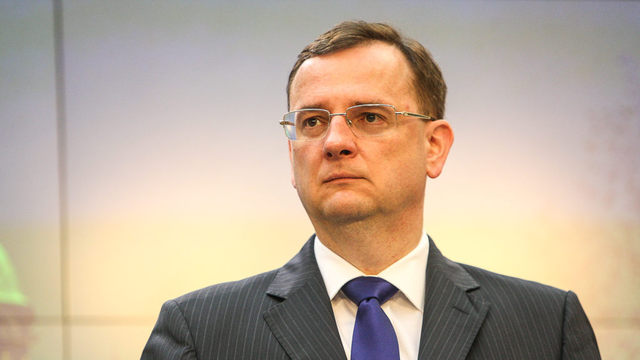 Madrid, July 26, 2010 – I met each of them under different circumstances. Each of them replaced a gentleman who had risen quickly, and sometimes controversially, to his position of power as president or prime minister. Each of them has an incredibly tough road ahead.

Petr Necas, the new conservative Czech Prime Minister, is one of the most honest public officials in his country, and rose to the top by waiting patiently. Kevin Rudd, the ousted Australian Prime Minister, a fluent Mandarin speaker and policy wonk, stumbled over his own arrogance. The new Polish President, Bronislaw Komorowski, was an anti-Communist dissident, Speaker of the Parliament, and acting-President when his predecessor Lech Kaczyński was killed along with Poland’s military, economic and political elite in a plane crash on their way to Russia.

Petr Necas joined the Prague Sociey for a public policy dinner at Prague’s elegant Hotel Le Palais in 2005. At the time he was in the shadow cabinet of the Civic Democrats, with the change of government in 2006 becoming Deputy Prime Minister and Minister for Social Affairs. A quiet, tall man, bespectacled and natural, he takes command of his space without saying many words.

Necas has always despised corruption, and has been one of the few high ranking Czechs not to have had his hand in the cookie jar. Others who belong to his honest pack are former Social Democratic Prime Minister Vladimir Spidla, former dissident turned-president Vaclav Havel, and the just retired Central Bank Governor turned Prague mayoral candidate Zdenek Tuma.

I have known Petr Necas for some 15 years. He has never been the smoke-and-mirrors type. During his career, he has avoided the public policy gaffes of many of his colleagues. He has also avoided the public displays of personal stupidity and scandal which mark all too much of Czech politics. His ego is controlled by a deep sense of public service and justice. Part of this is certainly due to his deep Catholic roots.

His first steps as Prime Minister have been calm and thoughtful, with a dose of strong leadership. He recently blocked the appointment of the tainted former Defense Minister Martin Bartak, who is under indictment for corruption, to a Deputy Interior Ministry portfolio. Bartak was using all the baksheesh he could to secure a new post, fearful of being dragged to court if he didn’t have parliamentary immunity. Necas has also tried to block others tainted by corruption from getting positions. Time will tell how he manages his difficult task ahead.

I met the now former Australian Prime Minister Kevin Rudd at Sydney’s venerable Radisson Plaza Hotel in 2006. Global Panel had reserved a part of the business lounge for our annual Global Panel AustralAsia board meeting. I was waiting for the Board to arrive when a young staffer told me, this is Mr. Rudd’s area. I grinned and said, I do not know Mr. Rudd, but this space is reserved for Global Panel. He huffed off.

A bit of time had passed when up the stairs flies Kevin Rudd infuriated. He stops halfway, sees the group, ducks, and turns around. I noticed this, and excused myself. I walked down the stairs to see him. He was glowing, glaring at me, and clearly ready to lose control. He turned on his heel and stormed off.

Rudd could not even have a normal conversation about a space that was not his. It was his short fuse and unnecessary anger – not his intelligence or acumen of which he has plenty – that brought him down. His Ministers, his staff, the Australian Members of Parliament, all had enough. And in the end, the public policy blunders caused by his impossible temperament led the Australian public to be sick of him as well.

Julia Gillard, the new Australian Labor Prime Minister and Rudd’s former Deputy, is Australia’s first woman to hold the post. She remained loyal to Rudd until the last moments, until he turned on her as well. I met her in Sydney at a women’s leadership event some years ago. A simple MP, with a somewhat simple demeanor, I could not really see her as a future prime minister. The election campaign she just called against Tony Abbott, the leader of the opposition Australian Liberal (conservative) Party, will be a tough one for her.

Bronislaw Komorowski was imprisoned by the Communists. I met him in Krynica about 100 kilometers from Krakow where we were both panelists at the Annual Economic Forum, an event that brings toge

ther a who’s who of the Central European political elite. Komorowski and I had already been in contact before our meeting in 2008; but it was in Krynica that we had a good long chat.

Komorowski is reserved almost to the point of self-deprecation. Not a man of the crowd, he had to warm up to

hand-shaking on his recent presidential campaign trail. He gives a professorial air, quiet and thoughtful. He is uncomfortable with the chattering classes and dislikes the bitterness and cynicism of politics. He will soon be tested in parliamentary elections.

Gillard will last the shortest. She will be ousted with Labor in Australia’s upcoming August elections.

Necas and Komorowski will occasionally stumble – but hopefully not fall – along the way, not because of themselves, but because of traps set by others.

(Syndicated Columnist Marc S. Ellenbogen is chair of the Berlin, Copenhagen and Sydney-based Global Panel Foundation and president of the Prague Society. He advises governments and companies on global political issues.)

© 2020 The Prague Society for International Cooperation.