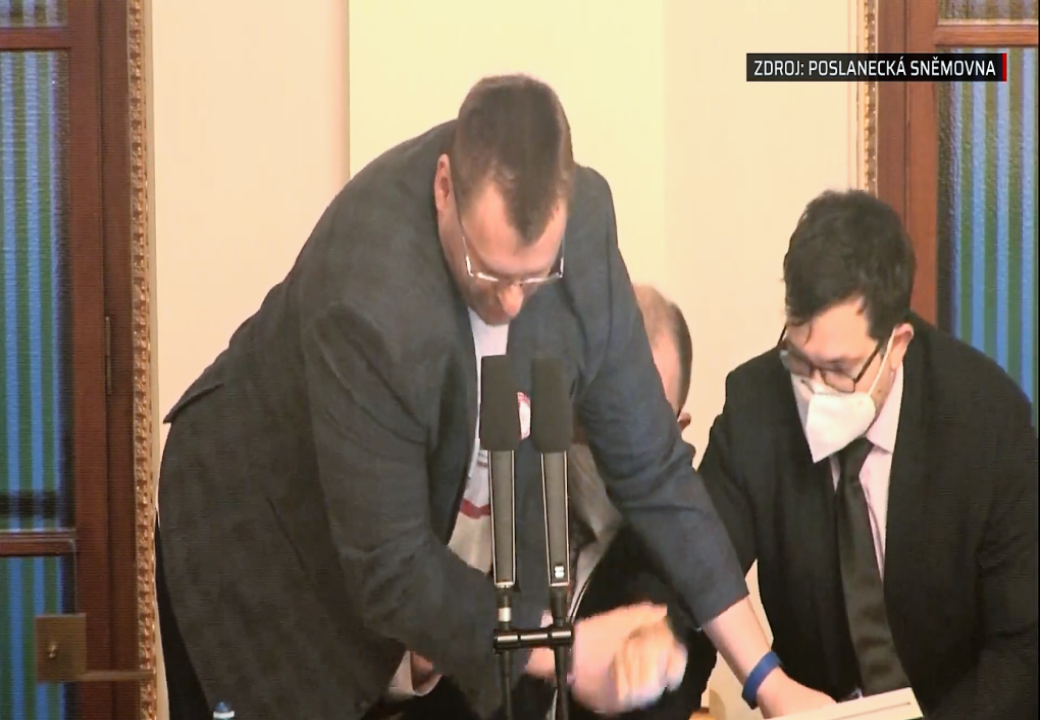 A fight broke out in in the Czech parliament’s lower house between Lubomír Volný, who refused to wear a mandatory face mask and a chairman who switched off his microphone.

In one of his contributions to the debate, Volný offended other lawmakers, prompting Social Democratic chairman Tomáš Hanzel to try to silence him by turning off the microphone. Volný reacted by walking to the chairman and trying to speak into his microphone, at the same time pushing the control buttons. That resulted in a brief skirmish between Volný and several other MPs who rushed to help him.

Read more about the incident:
https://www.republicworld.com/world-news/europe/face-mask-sparks-scuffle-in-czech-parliament.html