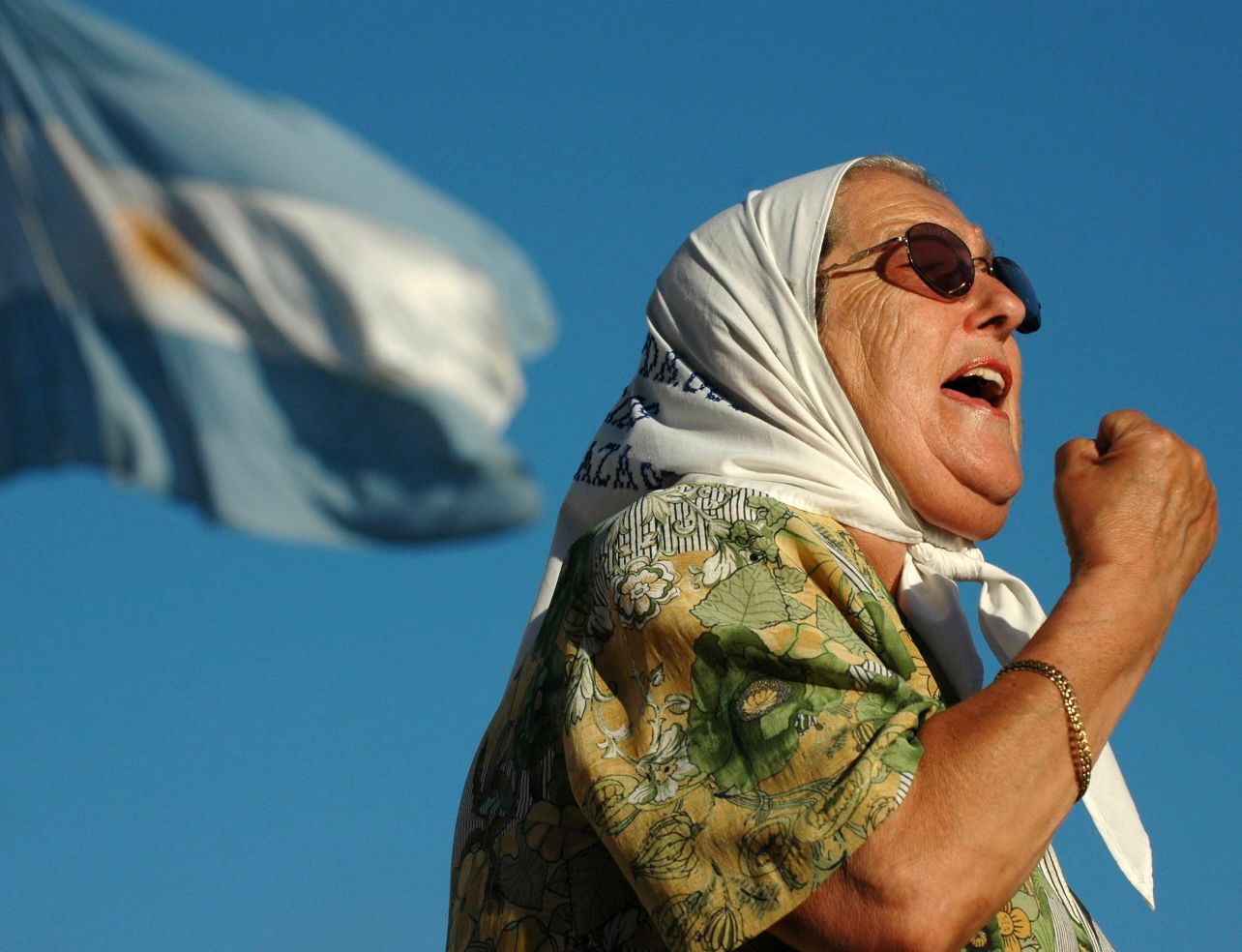 “A human rights activist who galvanised the mothers of missing people during Argentina’s Dirty War has died aged 93. Hebe de Bonafini founded the Mothers of Plaza de Mayo with other women in 1977, to demand the return of their children who had been kidnapped by security forces. She continued to campaign after the end of the dictatorship, becoming an outspoken and controversial figure. Her two sons were never found, and are presumed dead. Argentina’s president Alberto Fernández declared three days of national mourning in honour of a “tireless fighter”. Ms Bonafini died on Sunday morning, her daughter Alejandra said. “These are very difficult moments of deep sadness, and we understand the love people have for Hebe. But, right now, we need to cry in private,” she wrote in a statement. – BBC